In: Band Artwork, My Art On Other Things, New Paintings

A while back I was sifting through Bandcamp looking for some new painting music, and I came across the wonderful EP ‘The Pledge’, by progressive metal project Miroist. I bought the EP and then began an email communication that turned into me creating an artwork for the next release, the full length album ‘Curve’.

Here’s the beast I painted: 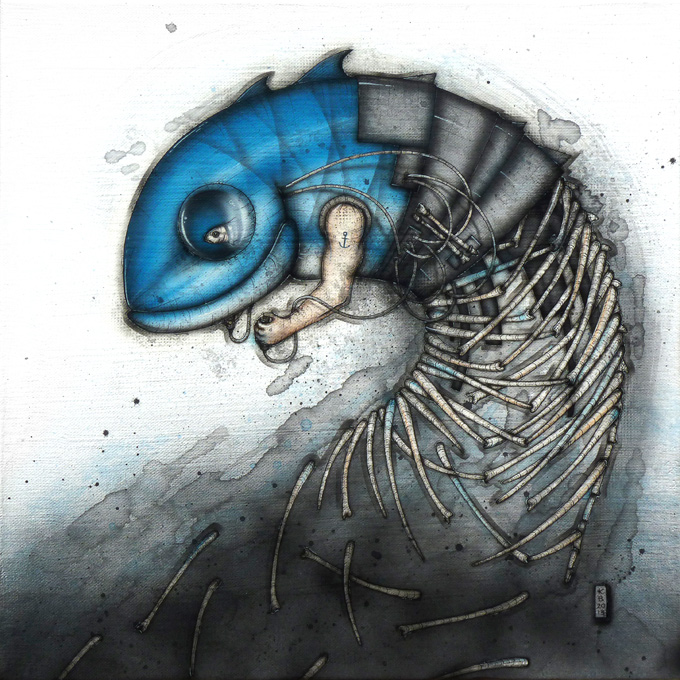 I was working on concepts for last year’s Reanimation show, and had been craving some blue. Once it was completed, the concept of the piece worked well with the concept for the album. 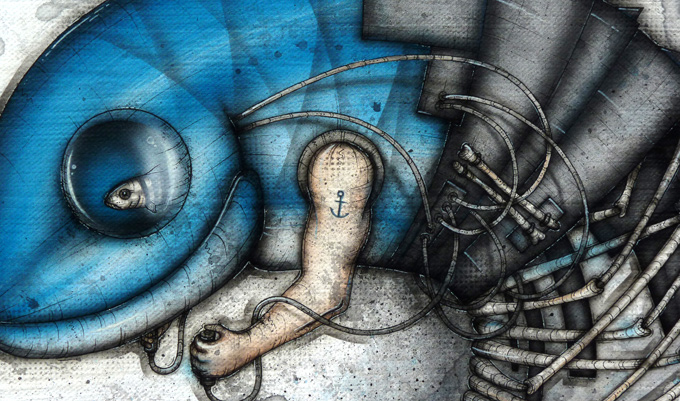 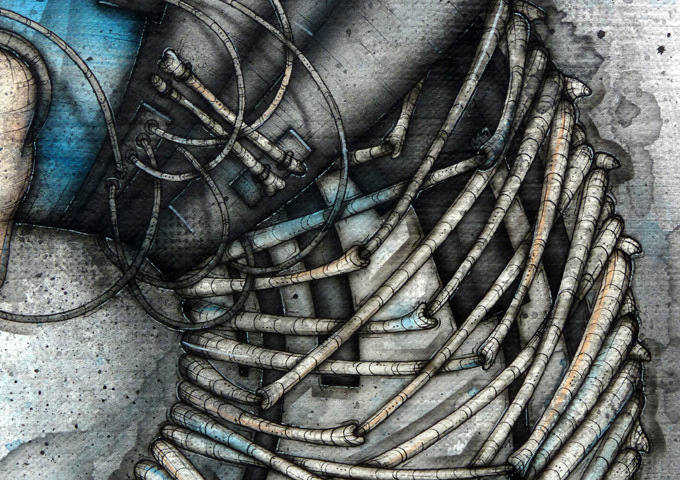 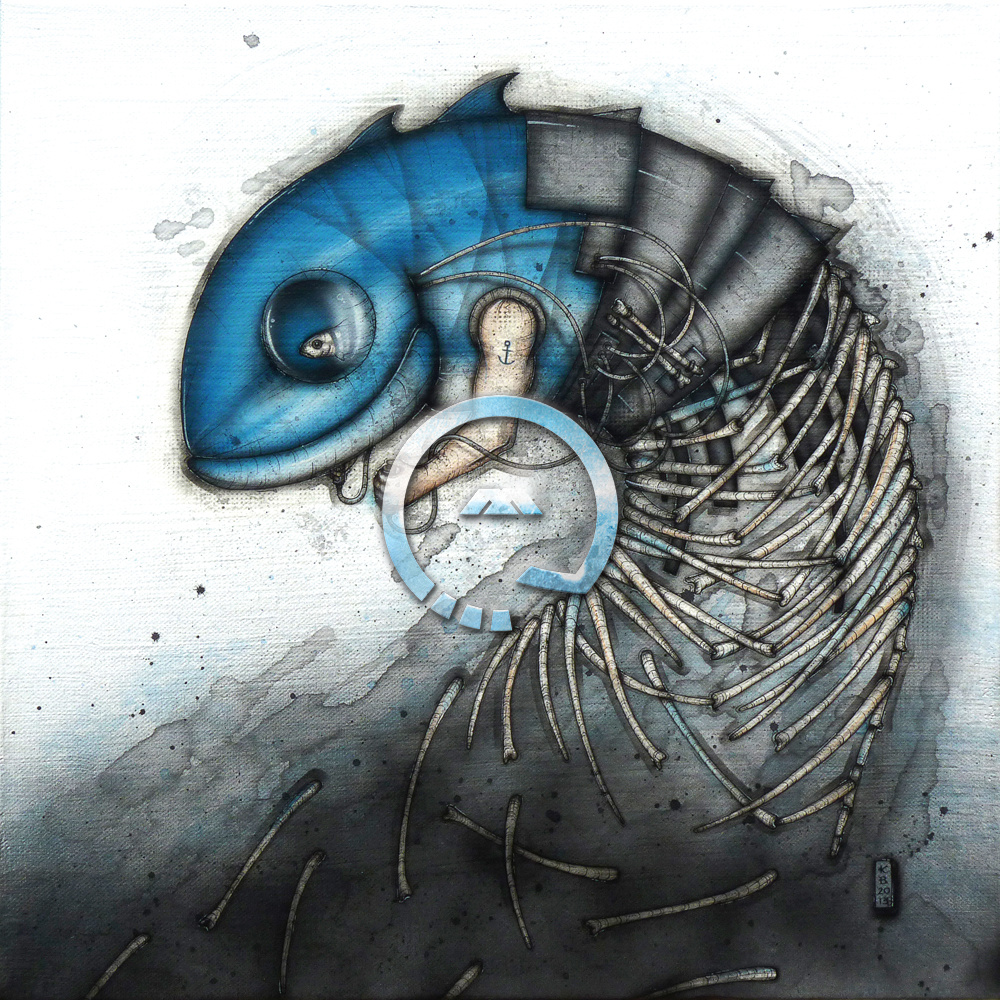 I knew the artwork was to go on shirts, so I decided to try something I’d never done before – recreate the artwork entirely as a digital version using my wacom. I like using the tablet but it has taken some getting used to so it was good practise. Pretty happy with the result, and the splattered background was on a separate layer so it would work with the shirts, rather than abruptly cutting off at the bottom and sides like the painting. 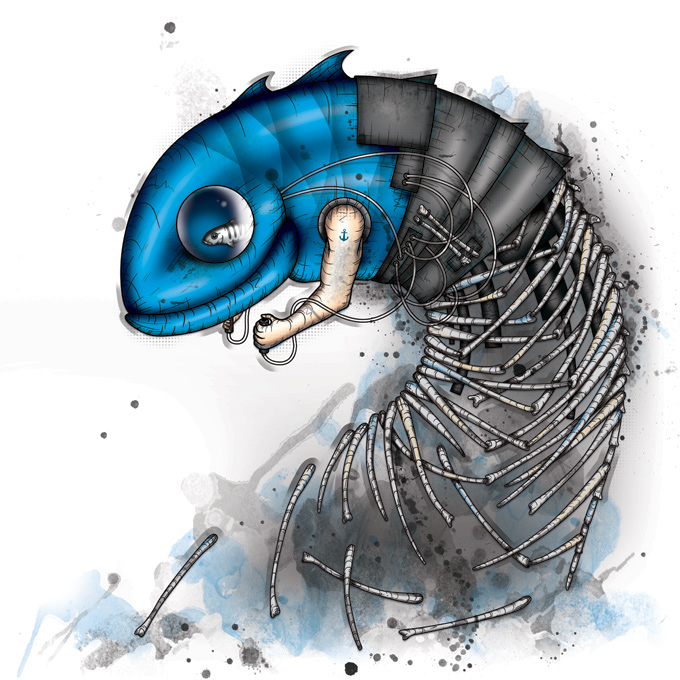 Pretty happy with how it came out and I reckon I learnt a bunch about my Wacom. I did a version with the full background too: 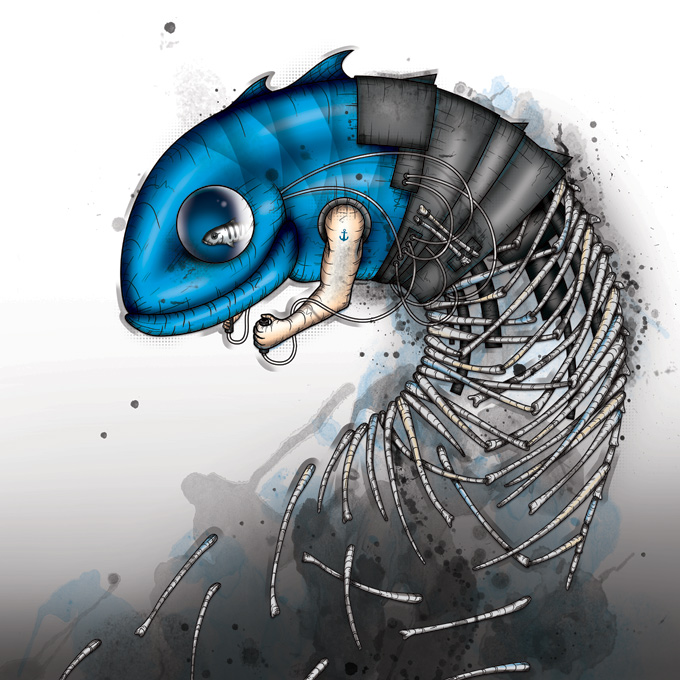 I had a faded version of the original painting underneath while working as a kind of guide layer, but it was basically created again in illustrator and photoshop.

How cool does it look on a shirt: 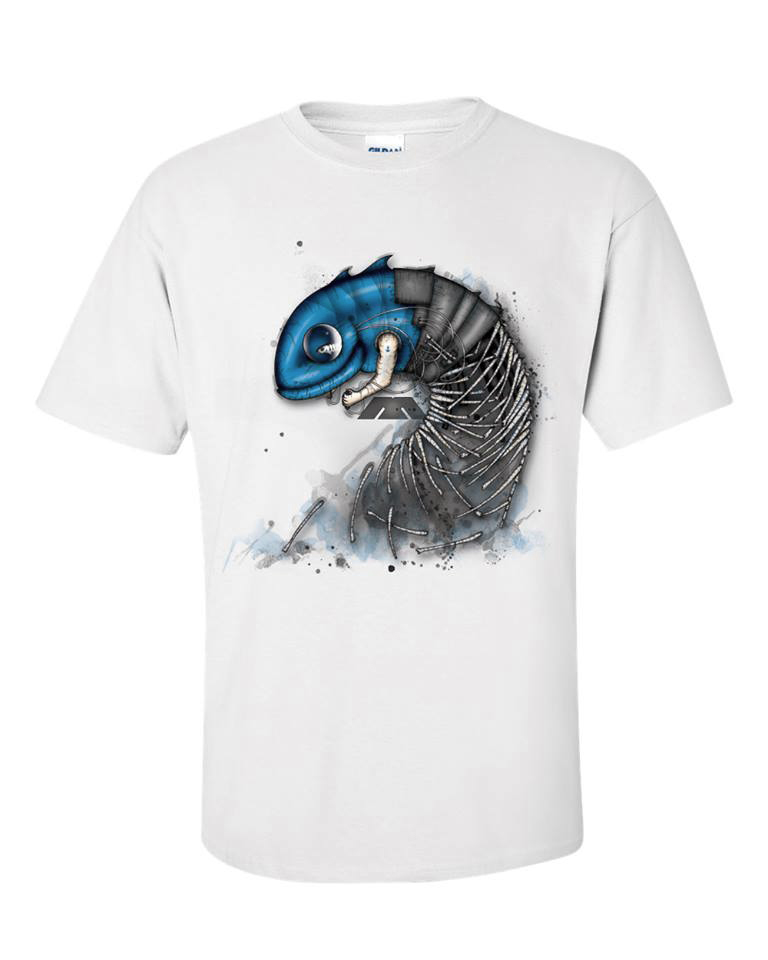 Here they are all printed up: 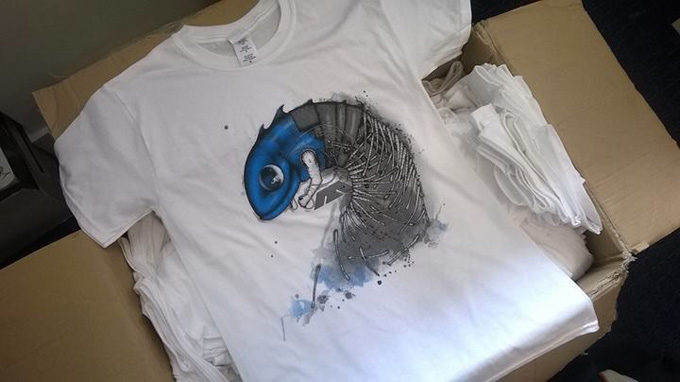 If white isn’t your thing, there’s a black version with the band logo: 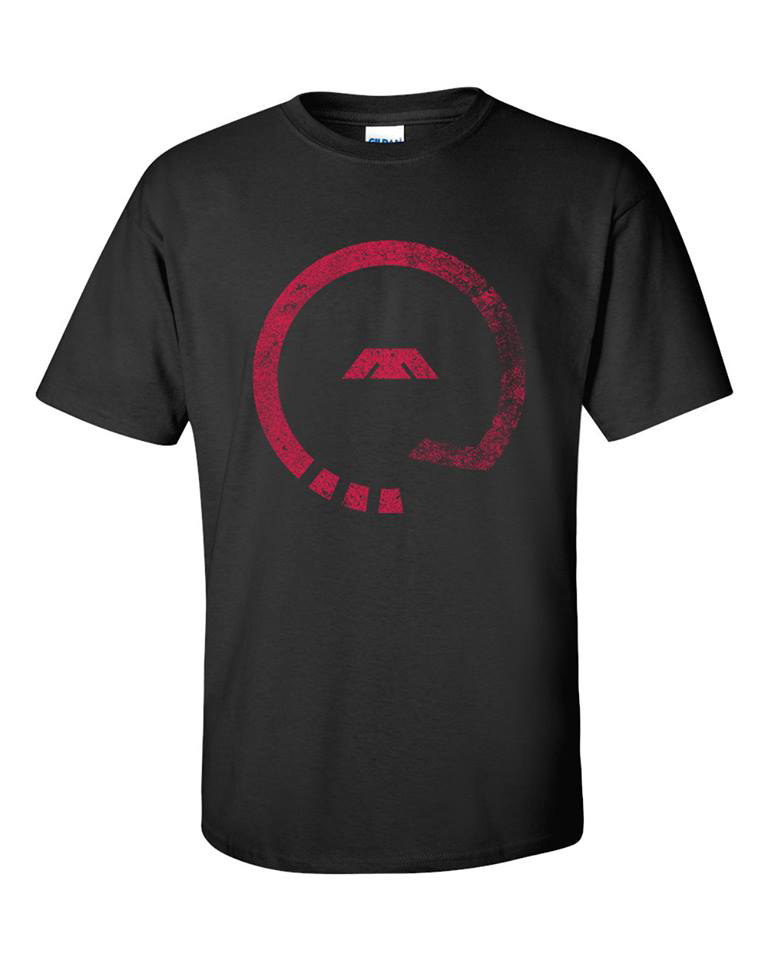 You can get them from miroist.com – not sure how many there are so be quick! There will be a vinyl version of the album too, very excited to see that.