A Curious Pageant wrapped up!

Thanks so much to the wonderful people who came down to celebrate with me!

Scroll down for some mural work in progress pics!

Here are a few pics of the install, we went with drippy walls and bunting strung across the flow of works: 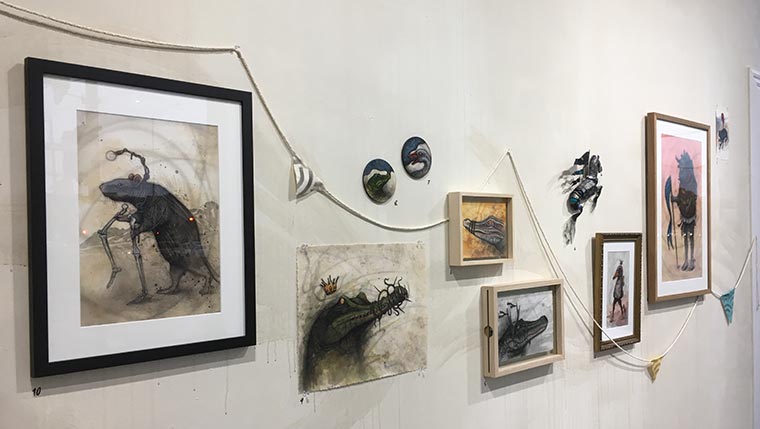 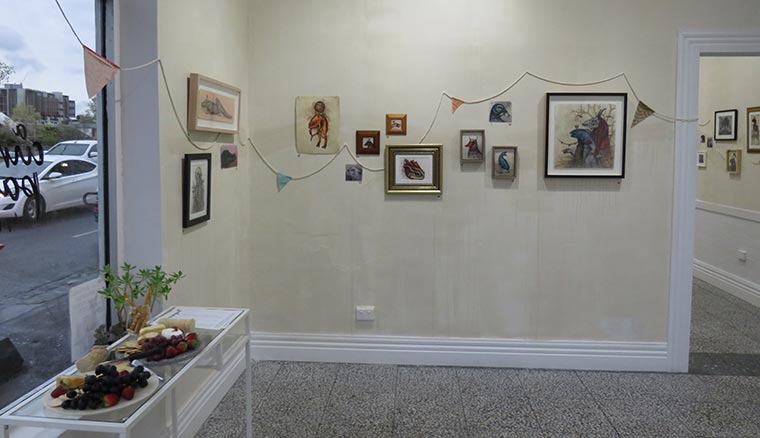 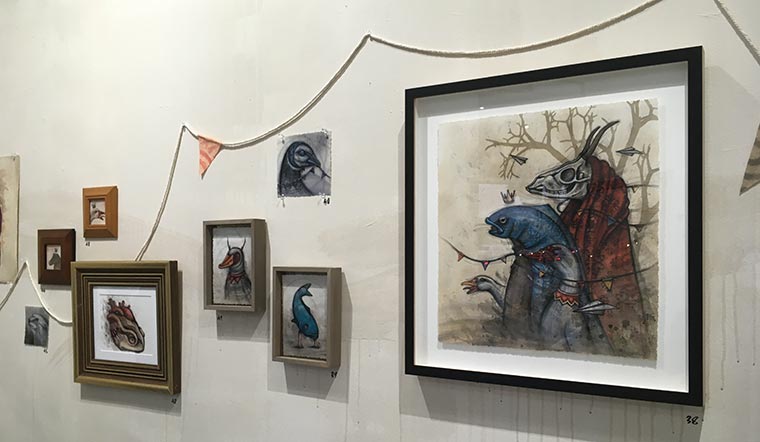 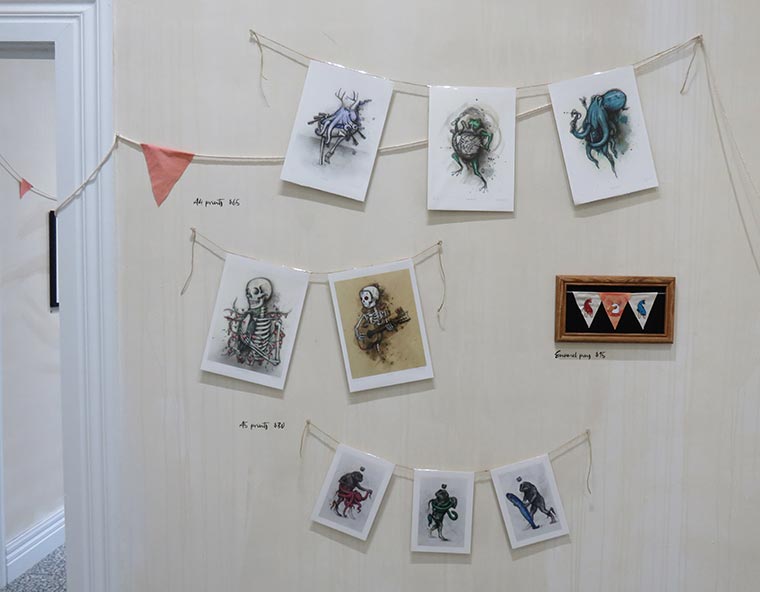 I didn’t take many pics during the night as I was holding a drink and I’m crap at taking photos with one hand:

Here are the pins I offered on the night: a walking fish in a couple of colour ways, and an antlered duck. These were priced at $15 each and there are limited amounts left so if you are keen to grab one contact The Stockroom Gallery. 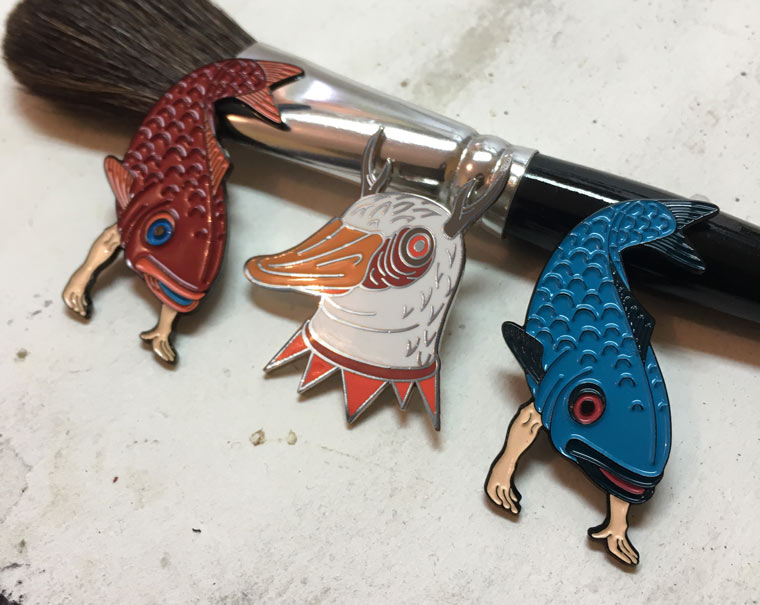 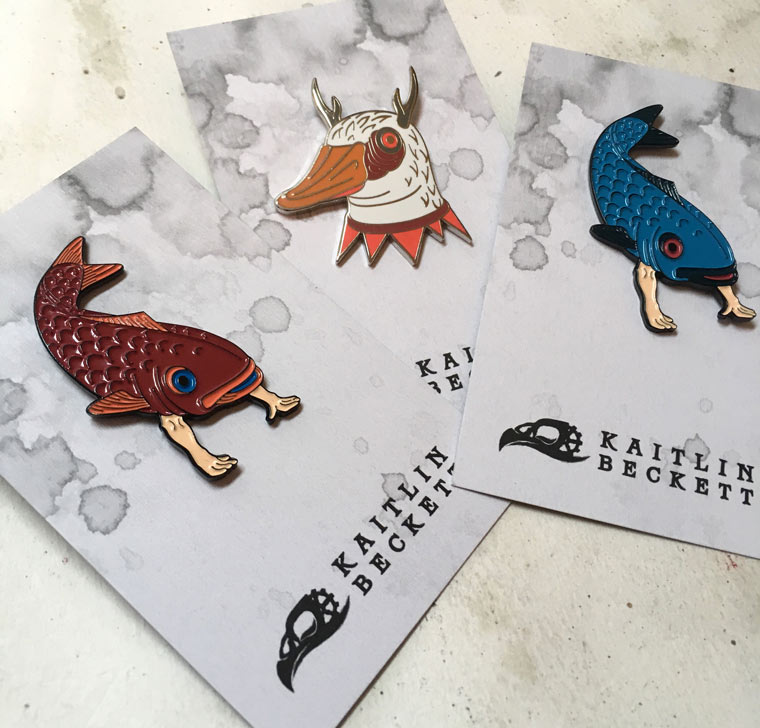 I also released my first A3 sized limited edition print, “Monomyth”, this is $90 in an edition of 30, plus a few other limited edition A4 prints available such as these ones: 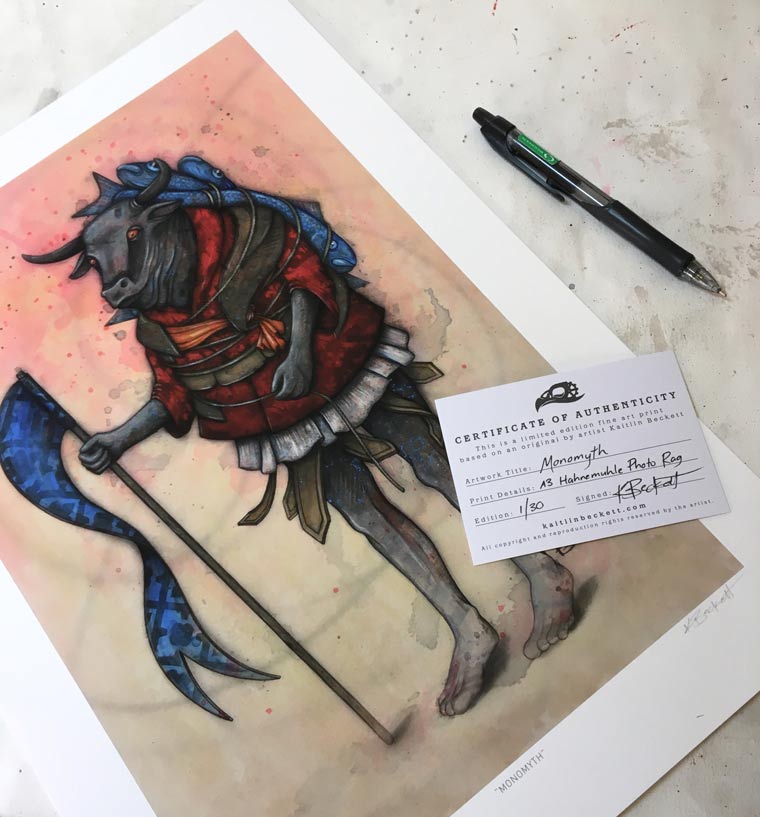 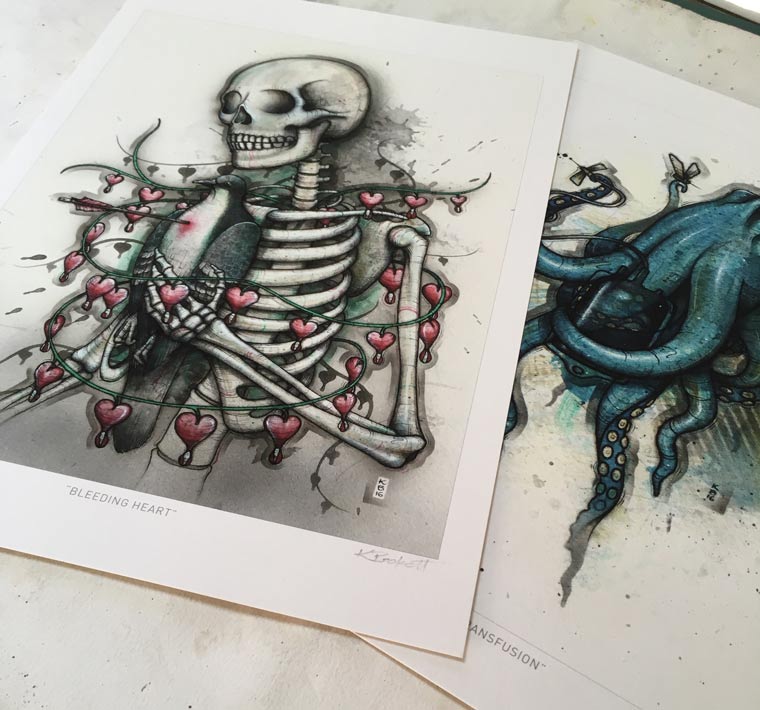 Each limited edition print comes with a certificate of authenticity. 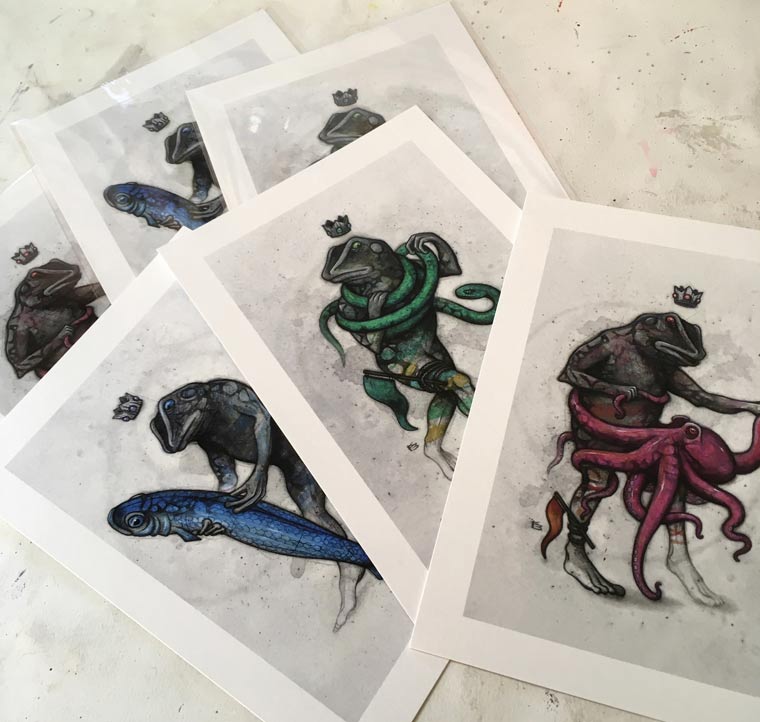 In the days before the show opening I painted a mural on the outside of the space featuring augmented reality!
Here are a few WIPs. Me in the comfiest overalls ever spraying the red paint to create the gradient effect: 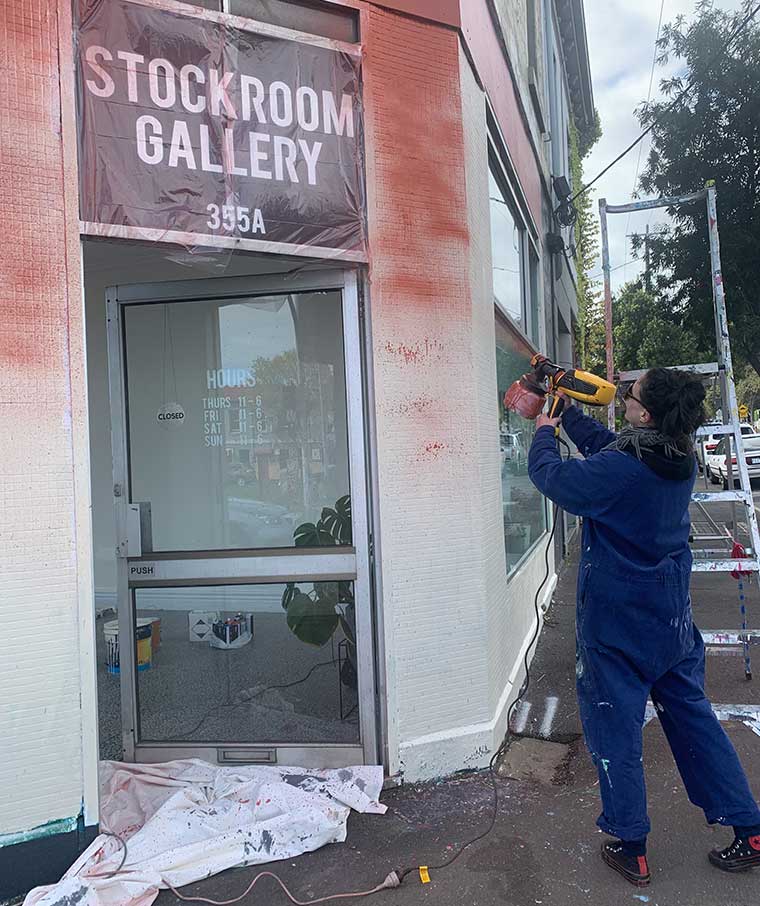 The first lines going in: 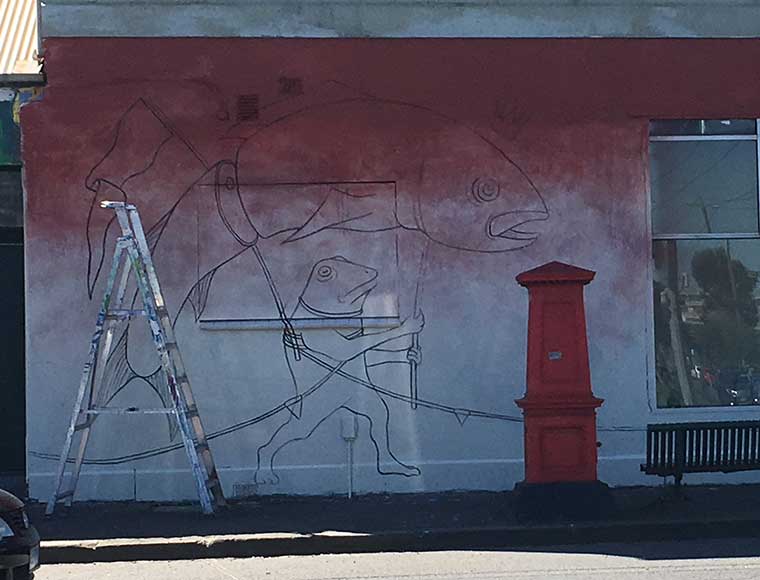 Some colour and underpainting squiggles: 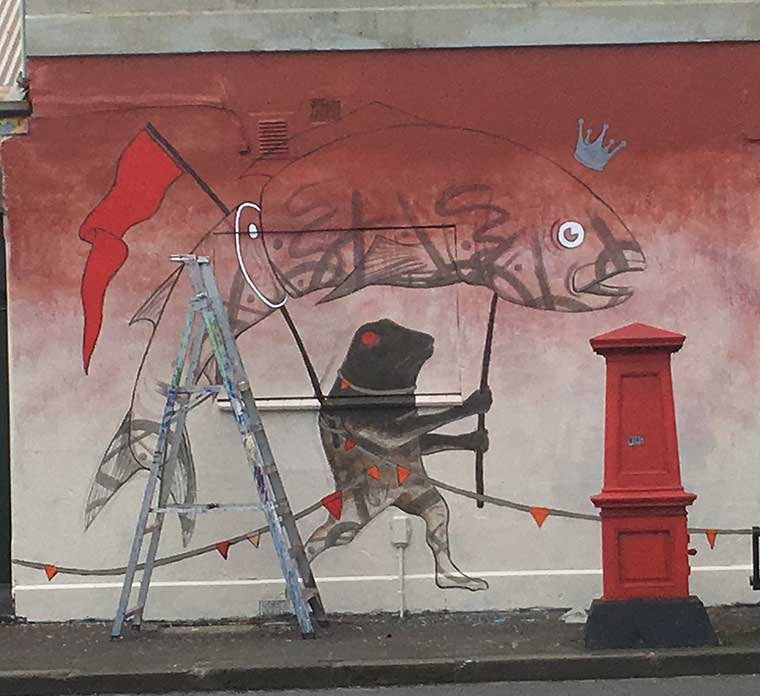 Most of the colour in, before the shading: 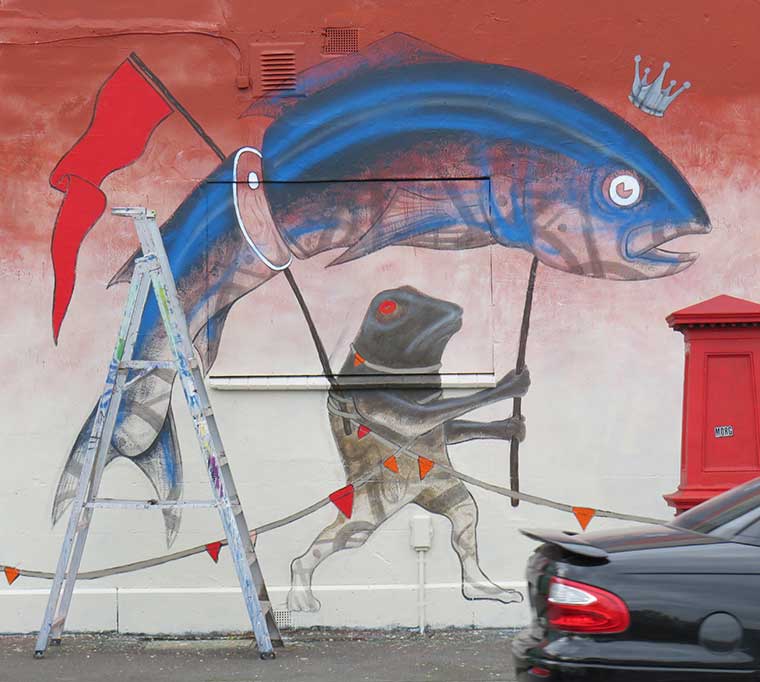 Mostly done, before the last black outlines and white highlights (notice the cars in these pics…I was taking photos from the other side of the road!): 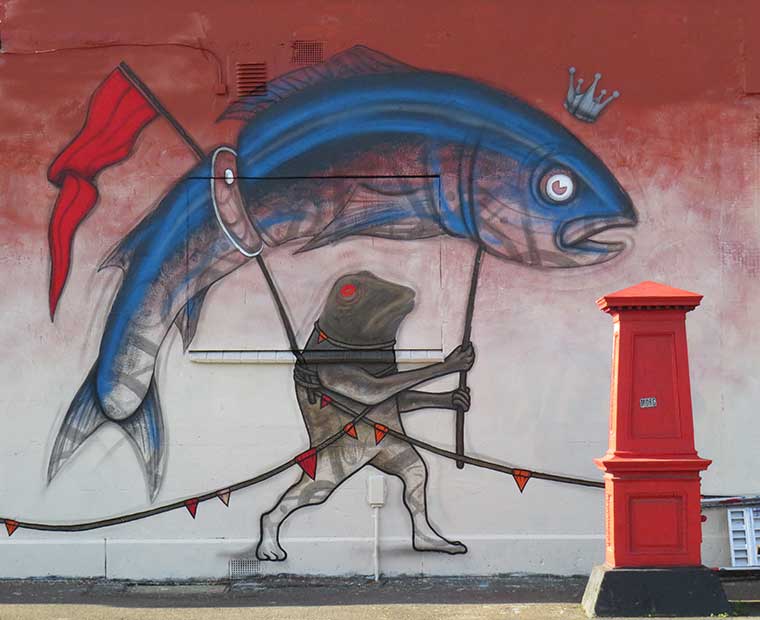 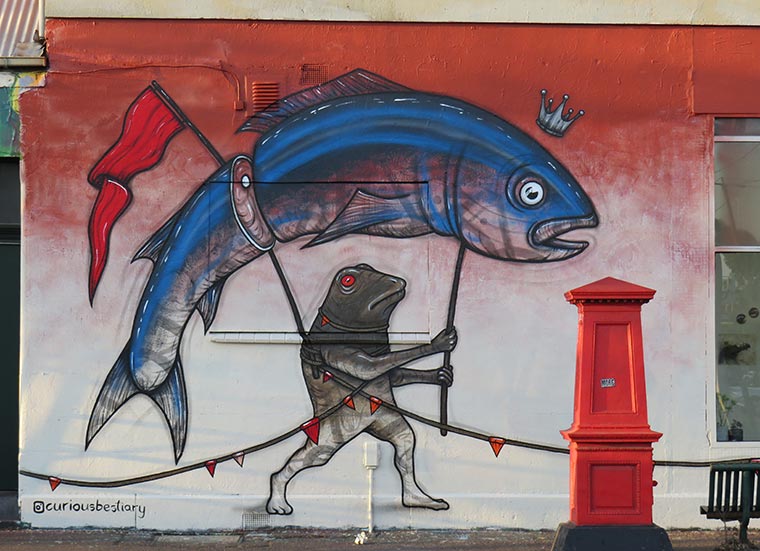 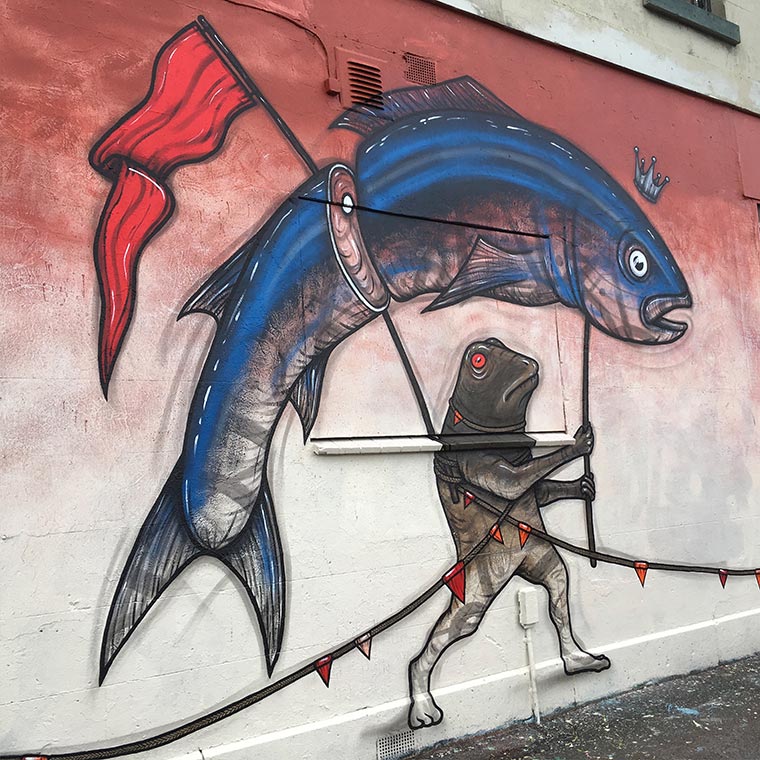 It was a biggun, 4m tall by about 5m wide I think. The animated gif again of the augmented reality:

Thank you so much to everyone who came by, bought an original or a print, or shared my work and the mural on social media…I’m so thrilled at the end result of the show that I worked towards for many months, which worked out to be my first solo show since 2013. I couldn’t have done it without Melika at The Stockroom Gallery who as always went above and beyond to pull it all together. Thanks you guys!!