…or something. Just finished another sculpture! ‘Flying Fish’ 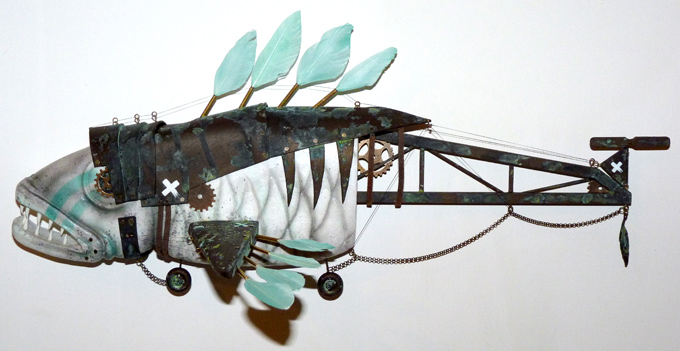 The body and wing were carved from balsa foam, the armour is sheets of rubber painted in a bronze paint and treated with oxidising medium to give it a weathered look. The tail is plastic strips,and there are all kinds of other attachments…painted feathers in pieces of bronze tubing, cogs, rivets and rigging, chain and doo-dads. Here come a bunch of shots from other angles: 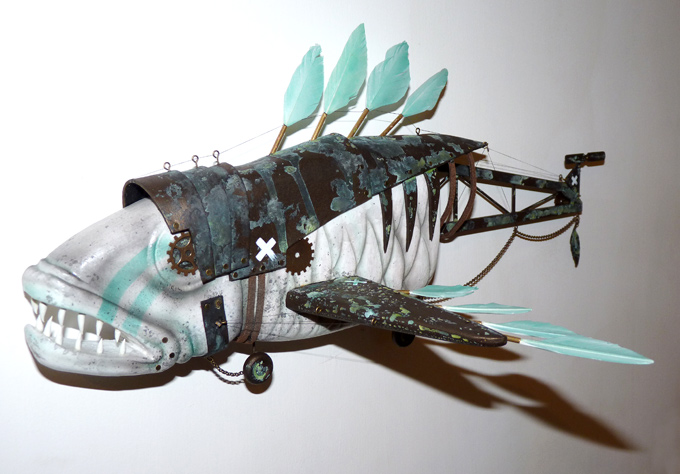 I made the teeth from 2 part resin though I made way more than I needed for this piece so I now have a handy box of spare teeth. 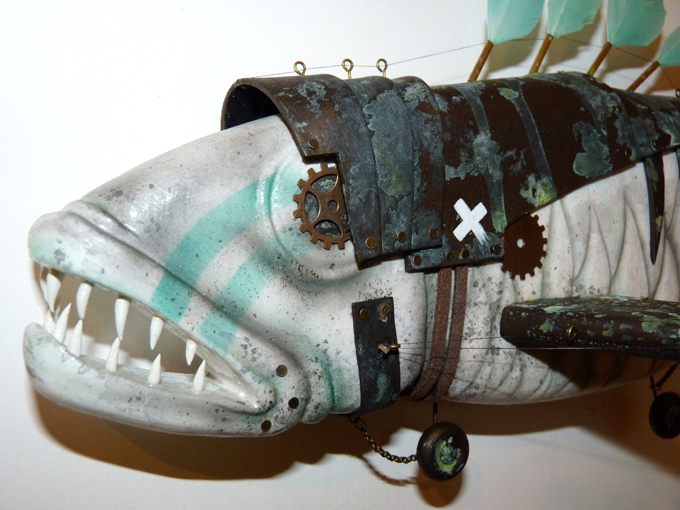 It’s not meant to any kind of fish in particular though the face ended up quite barracudey. Must have been inspired when I saw one while diving recently. 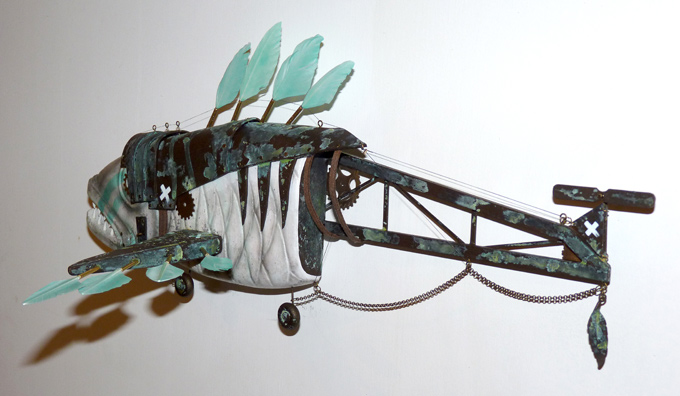 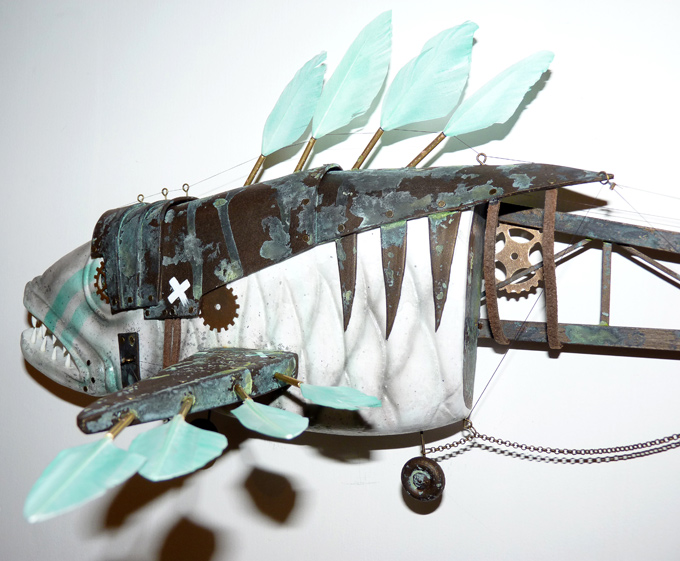 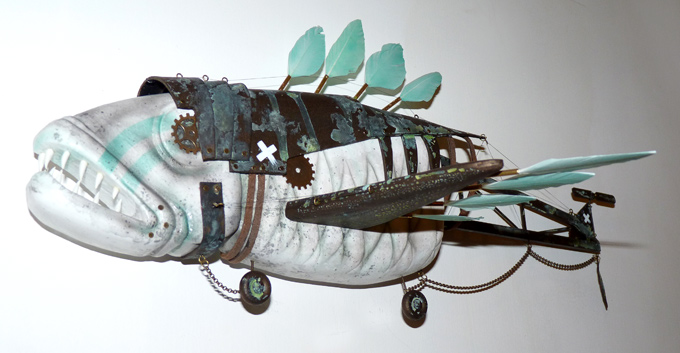 A couple of shots to show the scale of it…it’s about 38cms long. 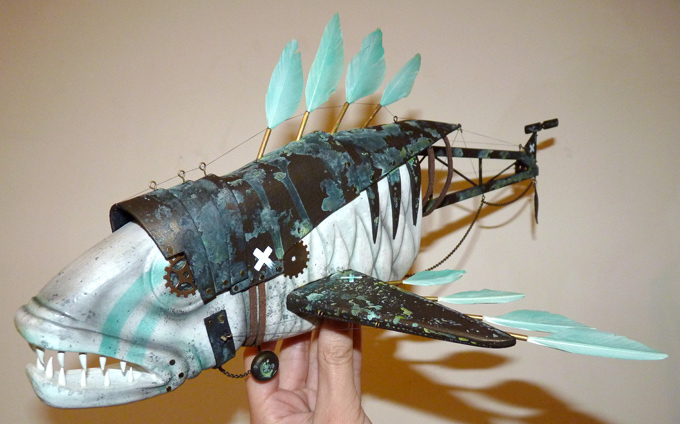 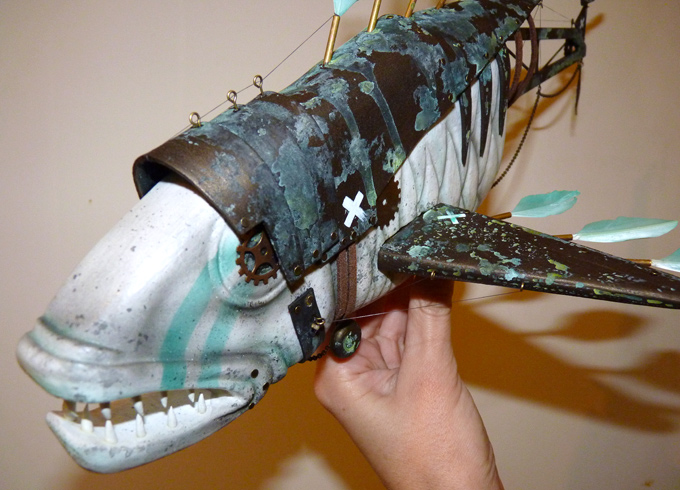 I don’t think any of these pics show it, but I have painted some iridescent sea green on the fish scales, you can see it in certain lights.

It took many hours, but I think it’s my biggest and most ambitious yet.

Currently listening to: At the Drive In